This is the Caledonian MacBrayne ferry “Argyle” arriving from Rothesay on the Isle of Bute and unloading in Wemyss Bay. 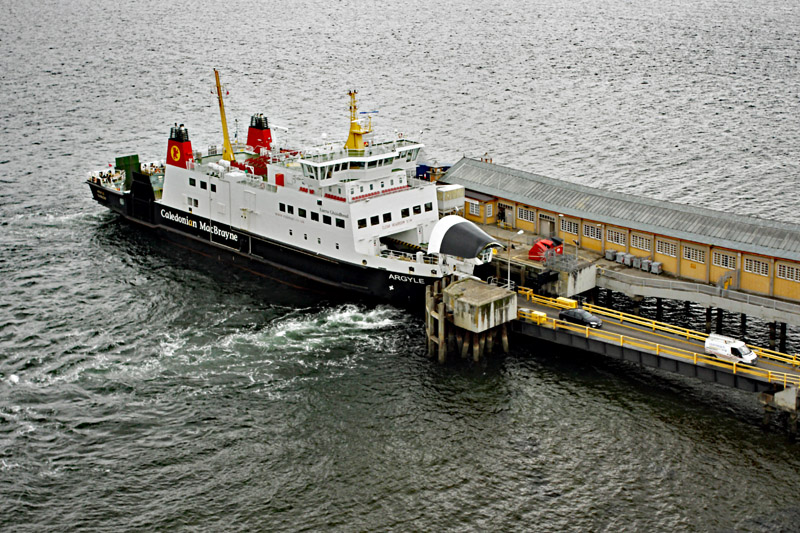 Unloading the vehicles. Normal turn-round time is less than 15 minutes. 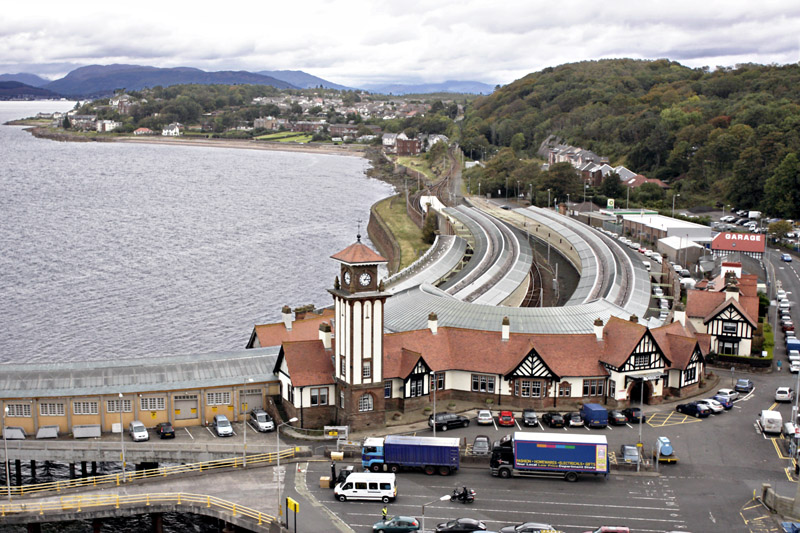 The station at the pier-head. As you can see it's got curved platforms, a curved roof and a curved frontage. Not a straight line in the place, basically. 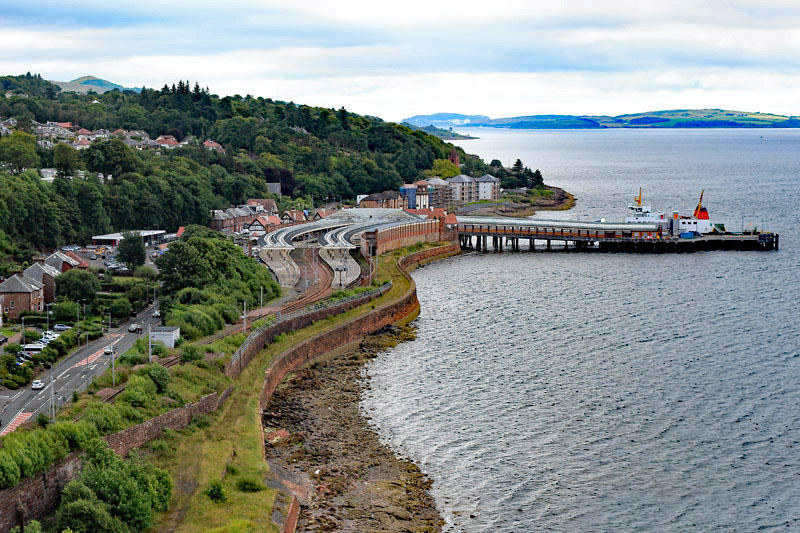 From the north with Wemyss Bay on the left and Cumbrae and Hunterston on the horizon.

Most of these photos of the ferry, pier and station in Inverclyde District were actually taken from North Ayrshire, a few metres to the south.