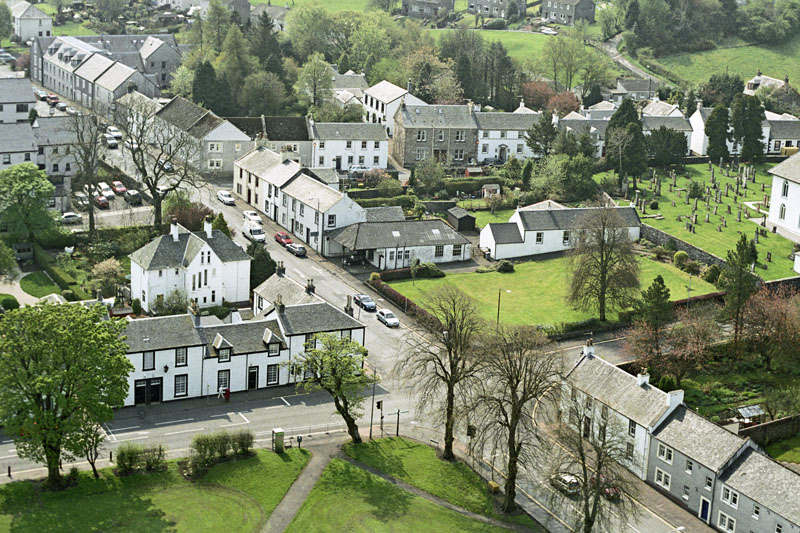 Eaglesham was a planned village, carefully laid out and built in 1769 or so by one Alexander Montgomerie, 10th Earl of Eglinton. 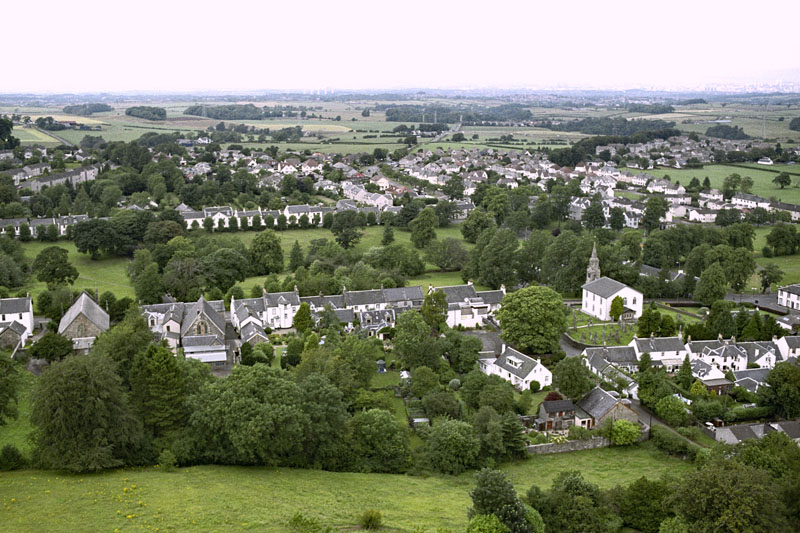 The village became the model on which David Dale and later Robert Owen built New Lanark in 1786, now a world heritage site. 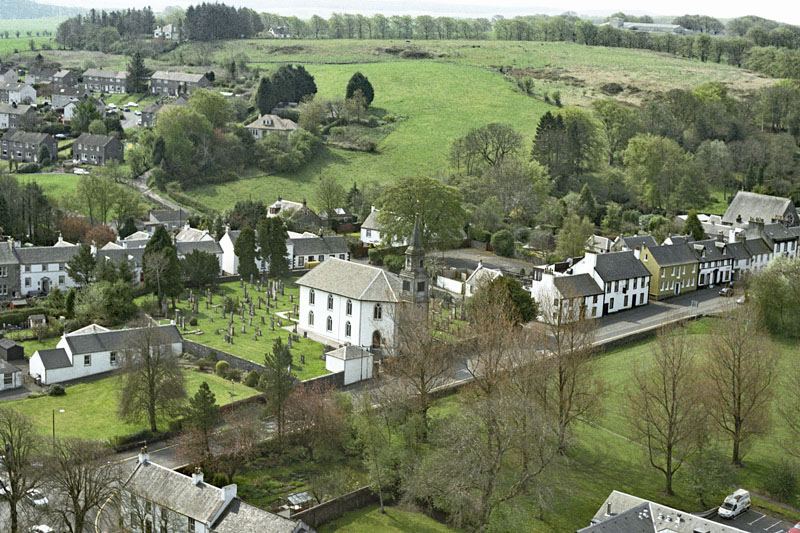 The parish church. Like many churches in the area this one is built on the site of a much older, pre-Christian place of worship.