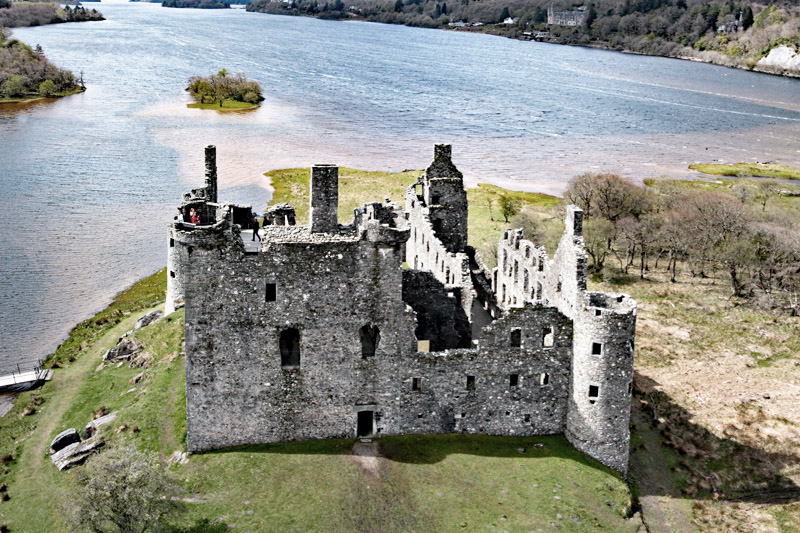 This castle was a stronghold of the Campbells - later the Earls of Breadalbane - and was initially built before 1450 and completed by 1475 or so. At that time it was on an island, now a low-lying peninsula. 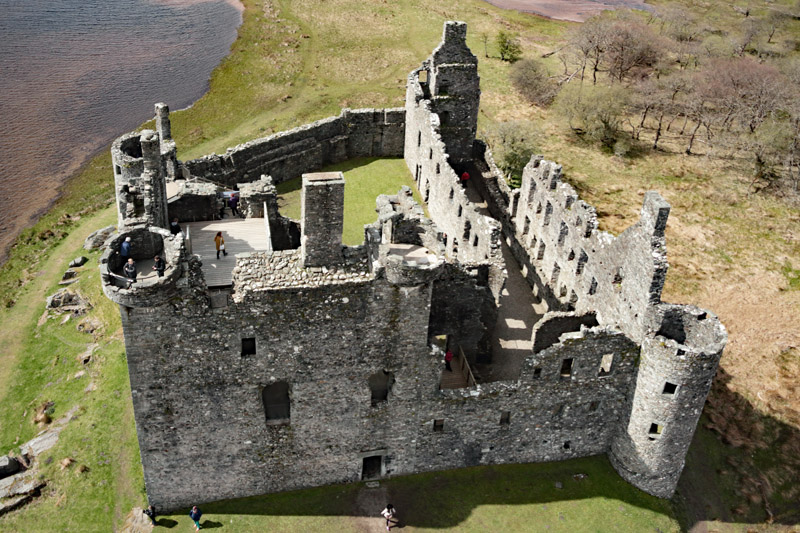 From a little closer in the layout becomes clearer and the people in the tower give you a good idea of scale. 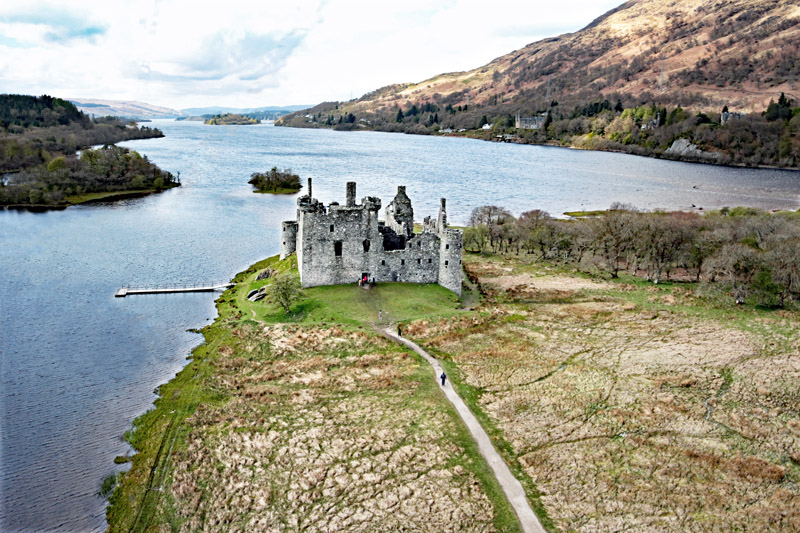 To access the castle from the car park use the path that loops round under the railway - bear right to the west. It's not well signposted.