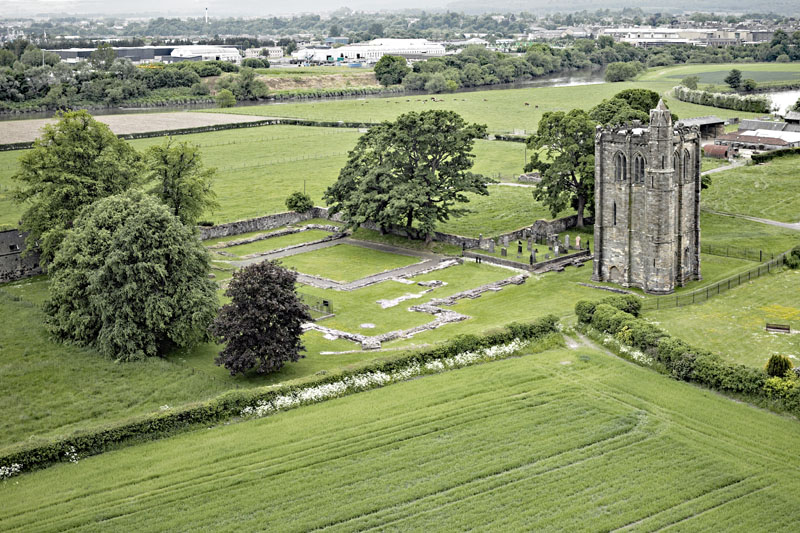 Less than a mile to the east of Stirling Castle in a loop of the River Forth. Most of it is in ruins but the bell-tower is still nearly complete, as you can see. 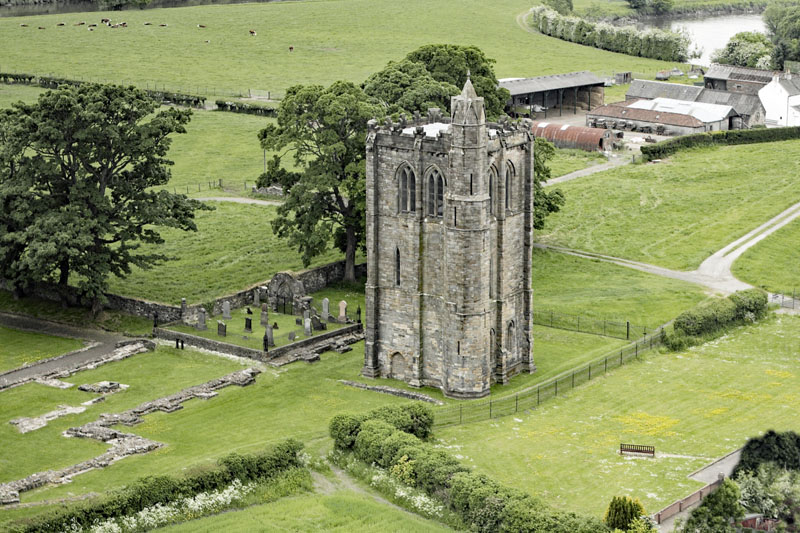 This was where Robert I (Robert Bruce) held a parliament just after the battle of Bannockburn in 1314 - which is about 8km away to the south-west; it's the burial site of King James III of Scotland, circa 1451-88 and earlier his wife, Margaret of Denmark. Their new tomb was paid for by Queen Victoria in 1865.

The Abbey was burned down in 1383 by the forces of the English King Richard II. It's now in the care of Historic Scotland and is open daily from April to September with free entry.