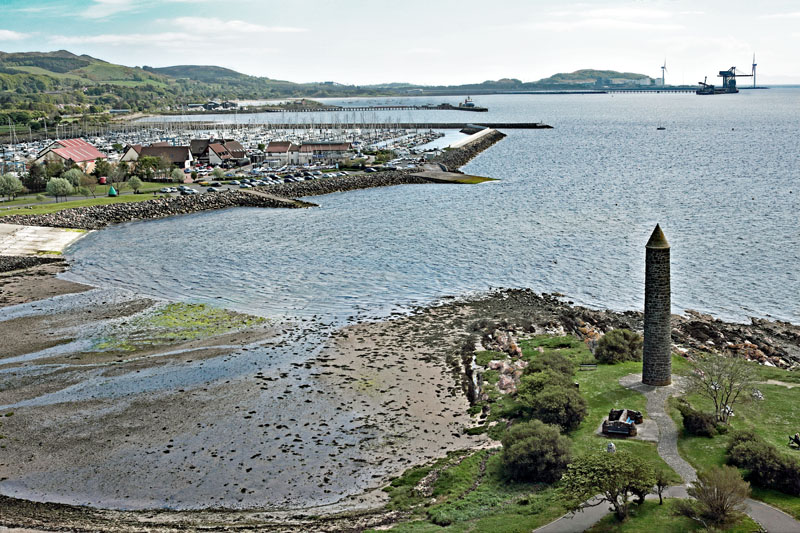 The monument was built as a marker for the site of the Battle of Largs which took place near here in 1263. The Scots beat the Vikings. 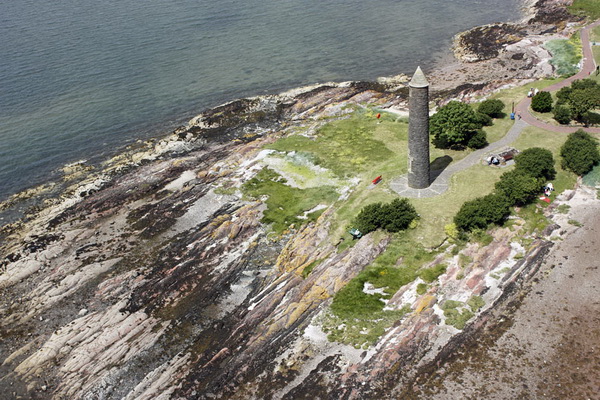 Over the next 20 or 30 years the Vikings - led by Haakon Haakonsson, King of Norway - were hounded out of the western isles as well 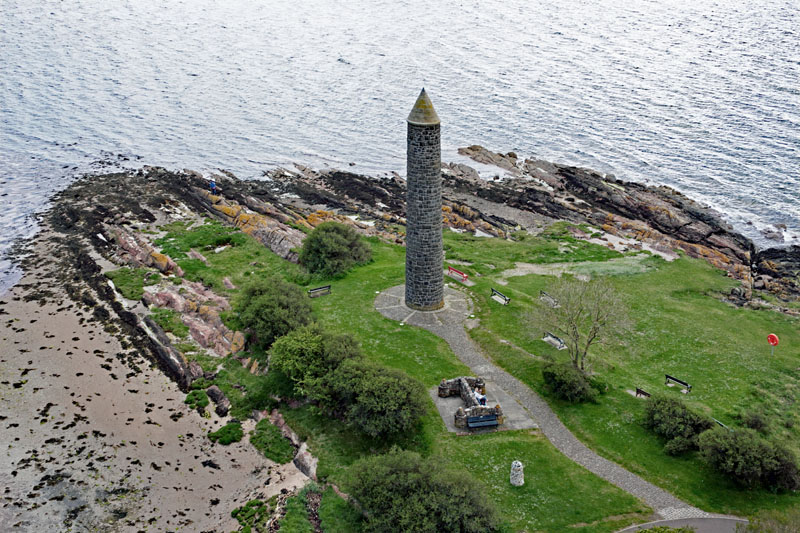 This was taken on a day with dappled light, approaching high tide. 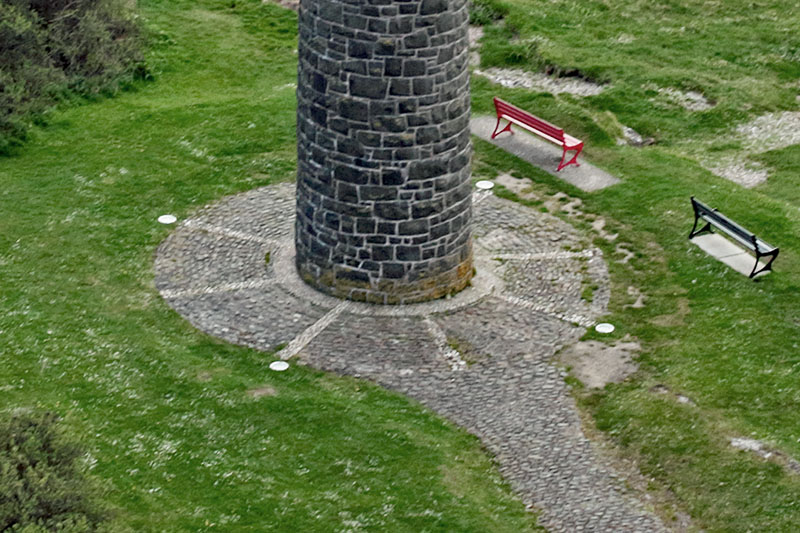 The base is laid out with markers for the cardinal points of the compass.