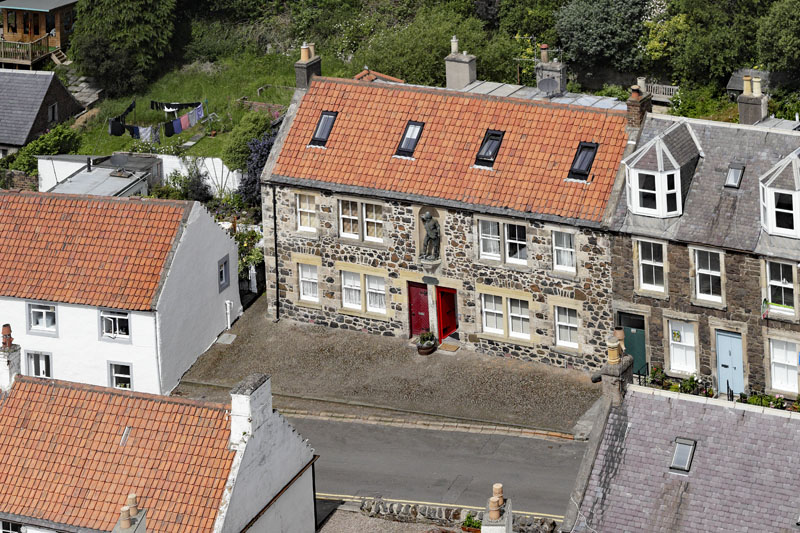 These are a few photos of the statue of Robinson Crusoe (a fictional character) as written about by Daniel Defoe based on the life of a real person called Alexander Selkirk. 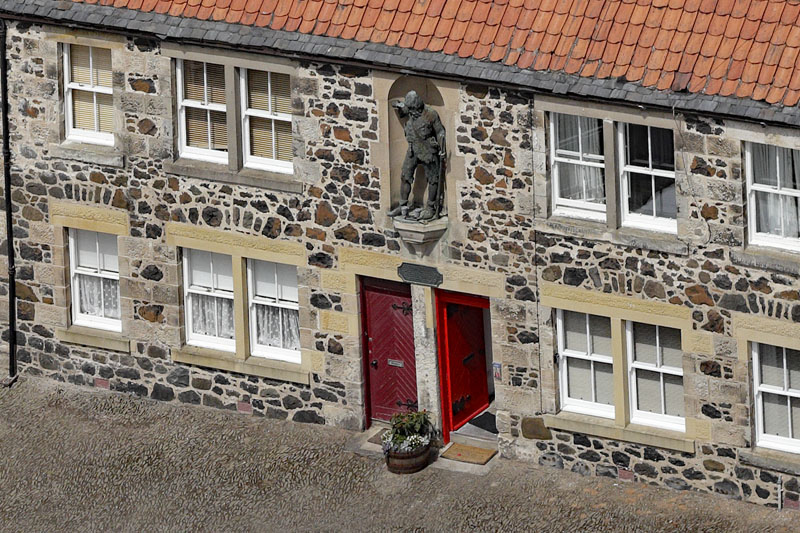 The statue was paid for in 1885 by David Gillies, a prominent local businessman and descendant of Alexander Selkirk and carved by Thomas Stuart Burnett, A.R.S.A.. 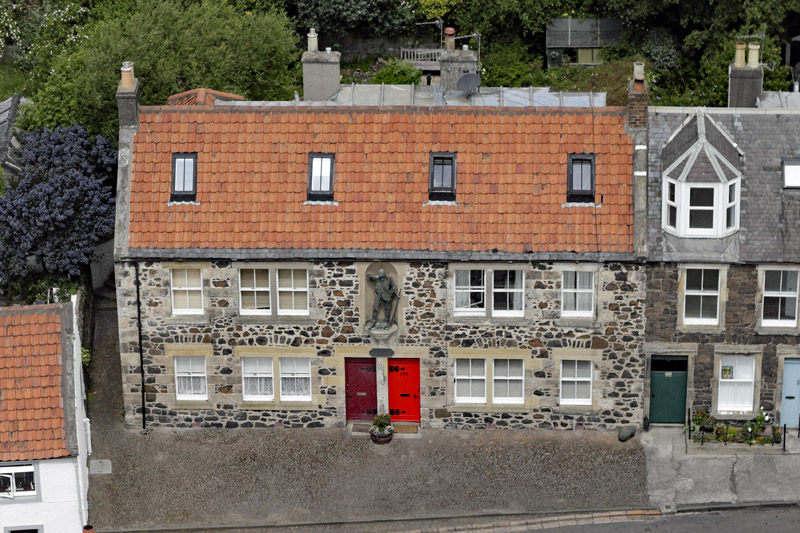 There's only one useable gap between the houses across the street to enable this aerial view of the cottage. 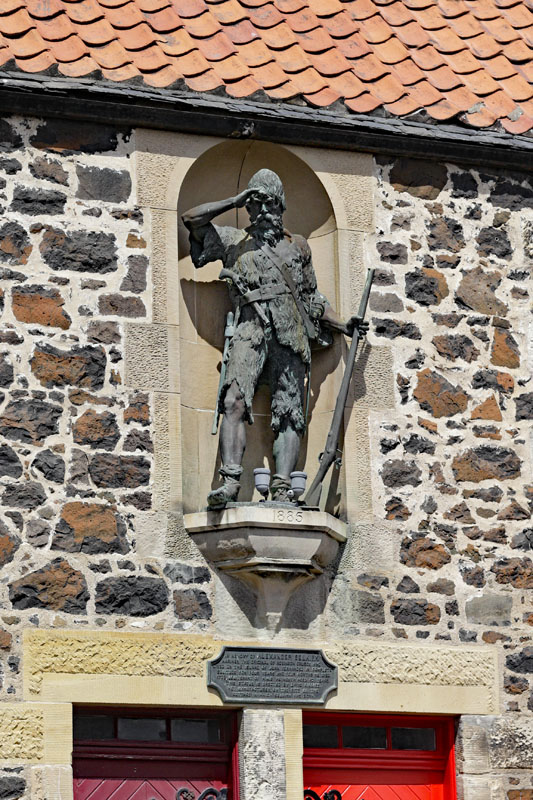 Looking up at the statue from street level you can see that Selkirk was apparently armed to the teeth. 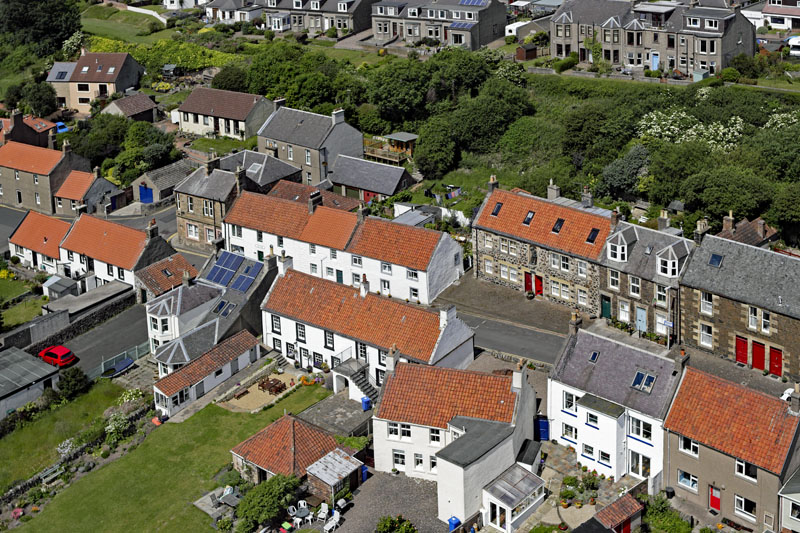 These photos were taken from over the beach, poking over the roofs of the seafront houses. 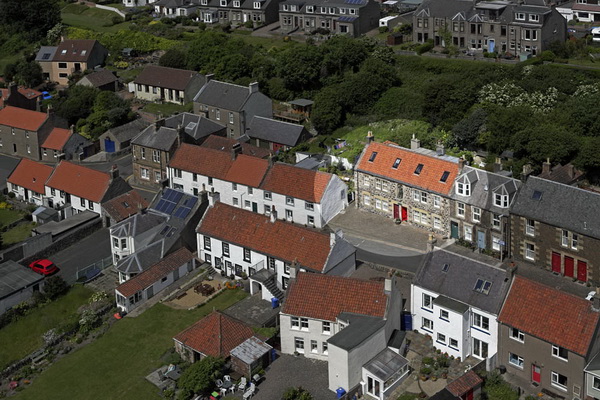 The house is in Main Street, Lower Largo, Fife, KY8 6BJ, just east of the village centre and harbour.